(CNN)More than half of all UN countries will fail to honor their commitment to reduce premature deaths from cancer, cardiovascular disease, chronic respiratory disease and diabetes by 2030, a new analysis predicts.

The Sustainable Development Goals signed by all 193 member states of the United Nations in 2015 are a blueprint for achieving global well-being and are divided into 17 aims, including "no poverty," "zero hunger" and "quality education" in addition to "good health and well-being." 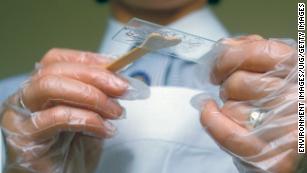 Cancer will kill nearly 10 million people this year, report estimates
"They are aspirations, or commitments, agreed upon by the global community to have better, healthier, more positive lives for everyone, today and in the future," Professor Majid Ezzati, senior author of the new report and chair of global environmental health at Imperial College London, wrote in an email. Combined, the 17 Sustainable Development Goals "cover all aspects of human, societal and planetary health and wellbeing," he said.
The report, which examined progress toward just one of several health targets, forecasts defeat for most countries. Published Thursday in the medical journal The Lancet, it is the result of a collaboration led by The Lancet, the World Health Organization, Imperial College London and the Non-Communicable Disease Alliance, a nongovernmental organization based in Switzerland.

Responsible for 7 of 10 deaths worldwide

Specifically, the report estimated whether individual countries will achieve the goal of a one-third cut in the probability that a person will die prematurely from cancer, cardiovascular disease, chronic respiratory disease or diabetes by 2030. Early death is commonly defined as before age 70. The researchers based their estimates on comparisons of changes in death rates from 2010 through 2016 for 186 countries.
Few nations will do so: Only 35 will achieve the goal of reducing premature deaths for women and just 30 will do so for men by 2030, the researchers predict.
South Korea, Singapore, Luxembourg, Norway, New Zealand, Costa Rica, Denmark, Estonia, the Czech Republic, the Maldives, Thailand, Croatia, Slovakia, Bahrain, Bosnia and Herzegovina, Brazil, Qatar, Iran, Latvia, Belarus, Serbia, Kuwait, Samoa, Armenia, Macedonia, Oman, Azerbaijan, Russia, Ukraine, Zambia, the Republic of the Congo, Grenada, Timor-Leste, Moldova and Kazakhstan are the countries likely to achieve the goal for women, the report indicates.
Iceland, Sweden, Switzerland, Norway, Bahrain, Japan, South Korea, Luxembourg, Canada, New Zealand, Ireland, Singapore, the Netherlands, Denmark, Finland, Belgium, Iran, the Maldives, Argentina, Brazil, the Czech Republic, Timor-Leste, Bosnia and Herzegovina, Slovakia, Estonia, Macedonia, Latvia, Belarus, Russia and Kazakhstan are likely to achieve the goal for men.
However, all hope is not lost for the remaining nations: Fifty will probably achieve the same reduction goal for women and 35 for men in a delayed timeframe -- by 2040 -- according to the study authors.
All told, noncommunicable diseases account for 7 of every 10 deaths worldwide, Ezzati said, noting that this "largest cause of premature death in the world is not being sufficiently addressed relative to the amount of ill health that it causes, especially for the worst off."
Within this category of death, an estimated 80% are due to the four diseases highlighted in the report -- cancers, cardiovascular diseases, chronic respiratory diseases and diabetes -- while the remaining 20% are due to other types of noncommunicable disease.

Europeans are living longer -- but how long will it last?
In addition to the four diseases highlighted in the report, noncommunicable diseases include endocrine, blood and immune disorders; noninfectious respiratory, digestive (including liver) and genitourinary diseases; neurological conditions; mental and substance-use disorders; congenital anomalies; and sense organ, skin, musculoskeletal and oral or dental conditions.

In a commentary published with the report, the editors of The Lancet wrote, "Accountability is partly about naming and shaming. But, more importantly, accountability is about identifying the specific measures countries must take to improve the likelihood of meeting their stated commitments." 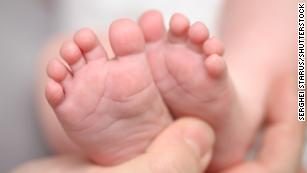 The states where disease and death are highest: A visual guide
Ezzati said he and his co-authors did not plan to "name and shame." Instead, their report informs their target audience how a major determinant of health is changing over time while providing directions for achieving better health.
"Our target audience is not simply national governments but also aid agencies and donors who are substantially underinvesting in non-communicable diseases relative to the amount of ill health that they cause," Ezzati said.

Last year, a report published in a related journal, The Lancet Global Health, estimated the cost of achieving Sustainable Development Goal health targets in 67 low- and middle-income countries in which three-quarters of the world's population resides.

An additional $371 billion would be needed per year through 2030 to reach the targets, according to the study authors. This money would be spent on adding more than 23.6 million health workers, including 3 million doctors, and building more than 415,000 health facilities.
The 2018 UN High-Level Meeting on noncommunicable diseases is scheduled for September 27 and is the occasion on which the new report has been published, The Lancet editors explained in their commentary: "The promises made by the international community must be delivered."